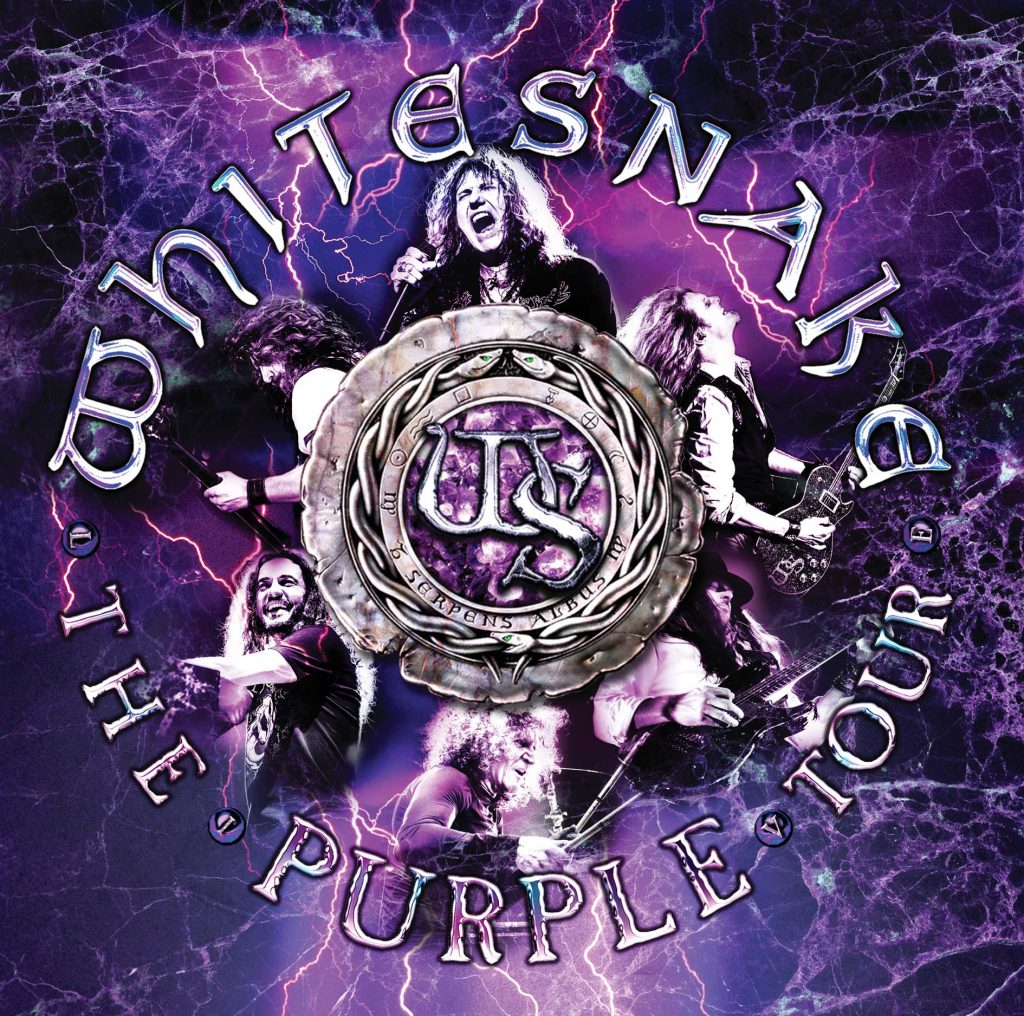 Whitesnake revisited the music that singer David Coverdale recorded with Deep Purple in the Seventies when they released The Purple Album two years ago. The album, and the tour that followed, offered fans new modern interpretations of Purple classics like “Burn” and “Mistreated.” Highlights from the historic tour will be featured in a new live collection, including double-disc versions that feature audio, video and a selection of bonus material.

On THE PURPLE TOUR (LIVE), Whitesnake puts their distinctive spin on several songs from Coverdale’s studio albums with Deep Purple – Burn (1974), Stormbringer (1974), and Come Taste The Band (1975). Highlights include: “You Fool No One,” “The Gypsy” and “Soldier Of Fortune.” The double-disc collection also includes video footage of the concert mixed to 5.1 Surround Sound, plus a new music video for “Burn,” band interviews, and a number of bonus performances not available on the CD or vinyl versions.

Coverdale says there was never any intention to compete against the original recordings. “We just wanted to play the damn songs. Each member of the band. brought their incredible individual talents and a real band identity to this music. We’ve all done the best we can with this project with respect to the music, and the legacy of Deep Purple Mk3 and Mk4.”

In addition to songs originally recorded by Deep Purple, THE PURPLE TOUR (LIVE) also features performances of killer Whitesnake tracks like “Fool For Your Loving” from Slip Of The Tongue (1990), “Love Ain’t No Stranger” from Slide It In (1984), plus “Still Of The Night,” “Bad Boys,” “Is This Love” and the #1 smash “Here I Go Again” from Whitesnake (1987).

Whitesnake have released some of the best live albums ever and “The Purple Tour” is certainly no different. It is way up there with the very best of them and is testament to how mesmerizing and thunderous the Whitesnake experience is in a live setting.
– Eternal Terror Webzine