Whitesnake scored its first platinum-selling album in 1984 with Slide It In, a release that has sold more than six million copies worldwide thanks to hard-rocking songs like “Love Ain’t No Stranger,” “Slow An’ Easy” and the title track. The classic album turns 35 this year and Rhino / Parlophone is celebrating with several new versions, including an enormous seven-disc boxed set.

SLIDE IT IN: THE ULTIMATE SPECIAL EDITION is available now. The 6CD/DVD collection includes newly remastered versions of both the U.K. and U.S. mixes of the album as well as the 35th Anniversary Remixes from 2019, plus unreleased live and studio recordings, music videos, concert footage, and a new interview with Whitesnake founder and lead singer, David Coverdale. 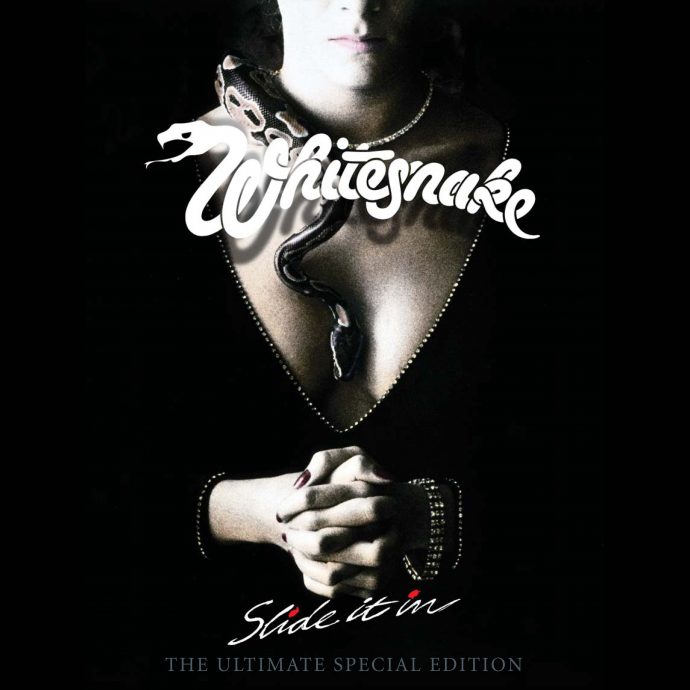 “SLIDE IT IN was always meant to be a structured, more electric modern take on the classic blues-based hard rock that Whitesnake were famous for, but our new Hook City Hooligan, Mixer Extraordinaire Christopher Collier, has hand-tooled this classic record for the 21st century,” says Coverdale. “Hearing all the performances so fresh and so clear after 35 years was amazing. Mel, Cozy and Jon’s playing on the record is as vital now as it was all those years ago. All the featured players shine. Not only did Christopher get the best out of the recording, but, he gives the album a fresh coat of sonic paint bringing it right up to date. I’m personally thrilled with it.”

After releasing Saints & Sinners in 1982, Whitesnake reconvened the following year in Germany to begin recording songs for what would become the band’s sixth studio album, Slide It In. At the time, band members included Coverdale, guitarists Micky Moody and Mel Galley, bassist Colin Hodgkinson and keyboardist Jon Lord. The album was initially released in 1984 in the U.K., where it climbed into the Top 10. 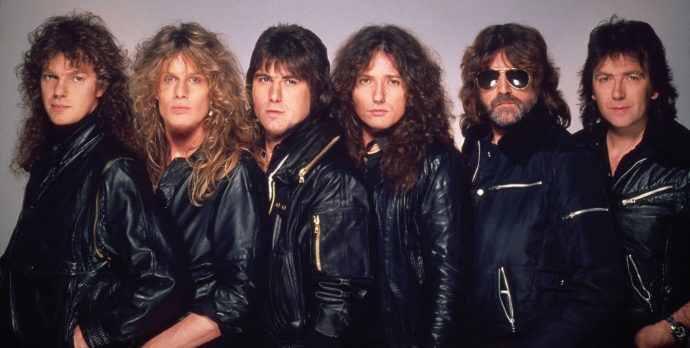 Soon after, the band’s line-up changed. Jon Lord left to rejoin Deep Purple and Moody and Hodgkinson were replaced by guitarist John Sykes, and Neil Murray, who was Whitesnake’s original bassist. Prior to its U.S. release in 1985, Slide It In was remixed while newly recorded parts by Sykes, Murray and keyboardist Bill Cuomo were added, resulting in two distinct versions of the album, both of which are included in this set.

SLIDE IT IN: THE ULTIMATE SPECIAL EDITION features unreleased versions of every album track, including 35thAnniversary remixes made this year, as well as monitor mixes recorded in 1983. The set boasts more than a dozen unreleased live recordings from 1984 that feature an entire concert from Glasgow, Scotland, plus several songs from Jon Lord’s final show with Whitesnake in Sweden. The collection’s final disc unearths 30 tracks that cover original demos and early mixes for album tracks, as well as unfinished song ideas.

The DVD from SLIDE IT IN: THE ULTIMATE SPECIAL EDITION mixes music videos and live performances, all of which have been carefully restored and remixed in 5.1 Surround Sound for the first time ever. A newly recorded interview with singer David Coverdale rounds out the DVD.

SLIDE IT IN: THE ULTIMATE SPECIAL EDITION