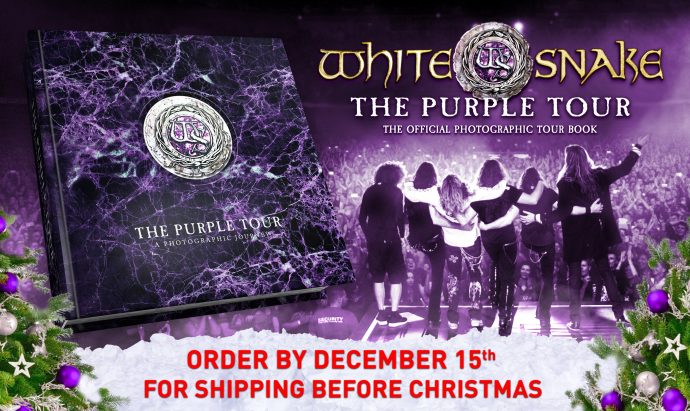 In 2015 Whitesnake took their newest release ‘The Purple Album‘ around the world on ‘The Purple Tour‘. Featuring epic re-workings of David Coverdale’s Deep Purple songs and a raft of Whitesnake classics, the tour was one of the bands most successful and talked about in years.

Now this new, official limited edition release from Rufus Publications documents that groundbreaking tour. At 300 pages long and packed with exclusive behind the scenes photos, notes from the band and a song by song breakdown of the tour’s epic setlist, this incredible tour is captured and documented with hundreds of amazing shots, taken mostly on the sold out UK leg of the tour.

Printed and bound in the UK, this LP sized, casebound photographic book will be released in two amazing limited editions and is the first official Whitesnake book. The deluxe signed edition is individually numbered and signed by all the band members and features a 3D lenticular image on the front of the slipcase.

Both editions will be unique, case bound coffee table books, perfect for fans and collectors.

As David Coverdale, himself, has commented “It’s a fucking huge coffee table book about the size of a fucking huge encyclopedia, a historical photographic journey from the beginning of ‘The Purple Album to the end of the last show in the U.K. in Sheffield. The book’s fucking beautiful to have.”

Mark Smith at Rufus Stone says, “We’ve worked closely with David and his team to create a photographically rich and beautiful memoir of The Purple Tour and we were involved with the photographic process for all of the UK dates. I can’t think of any other book that documents a tour so completely as this one and we are delighted with the end result.”

The book will be released in time for Christmas 2017 and can be pre-ordered at http://www.rufuspublications.com/rufusbooks/whitesnake with free worldwide delivery for all pre-orders.

Three Editions Will Be Available: 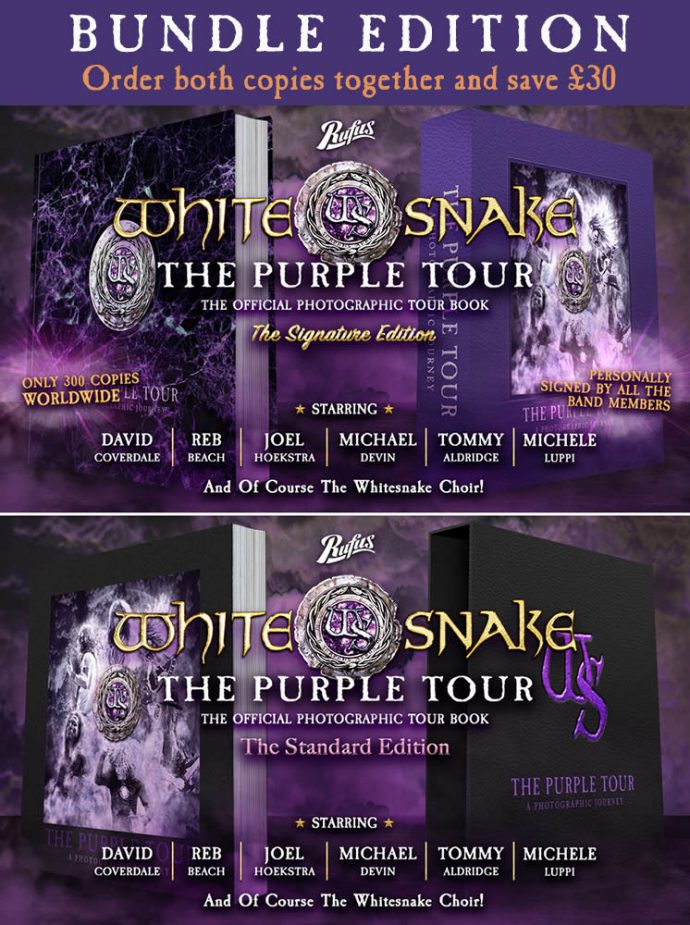 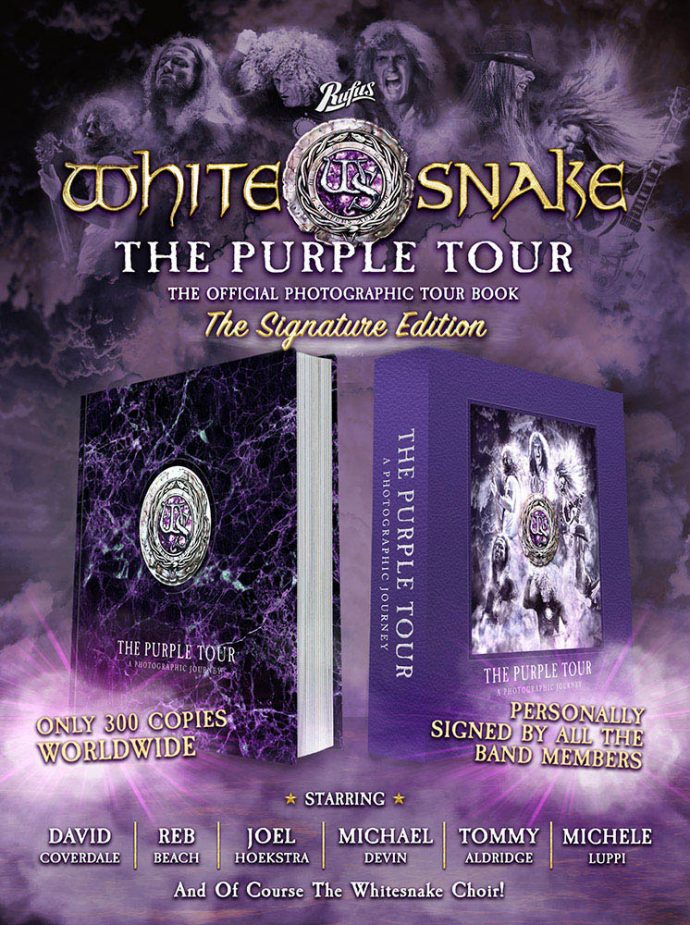 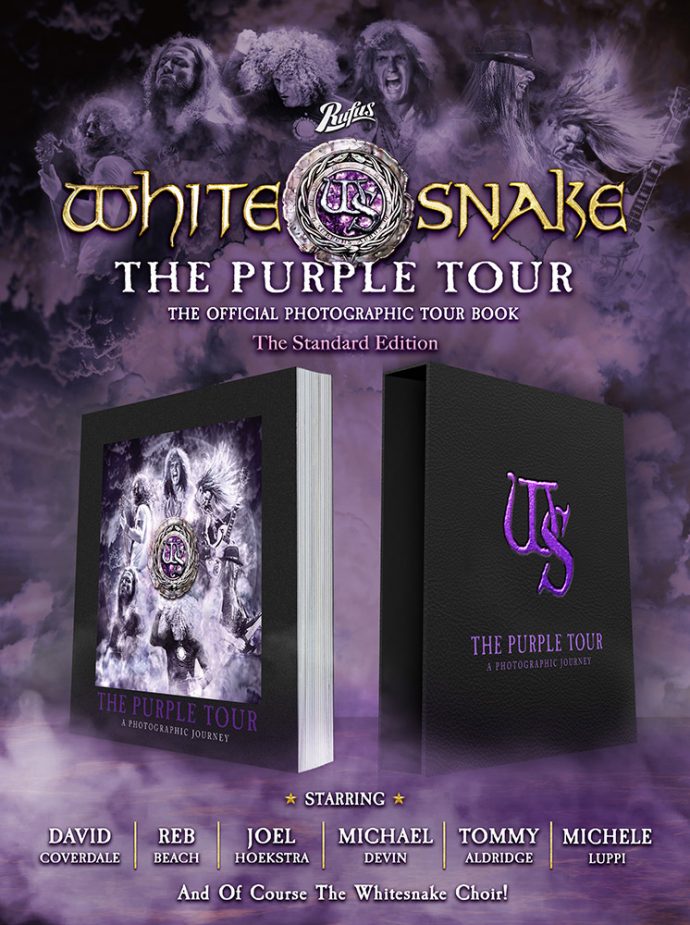 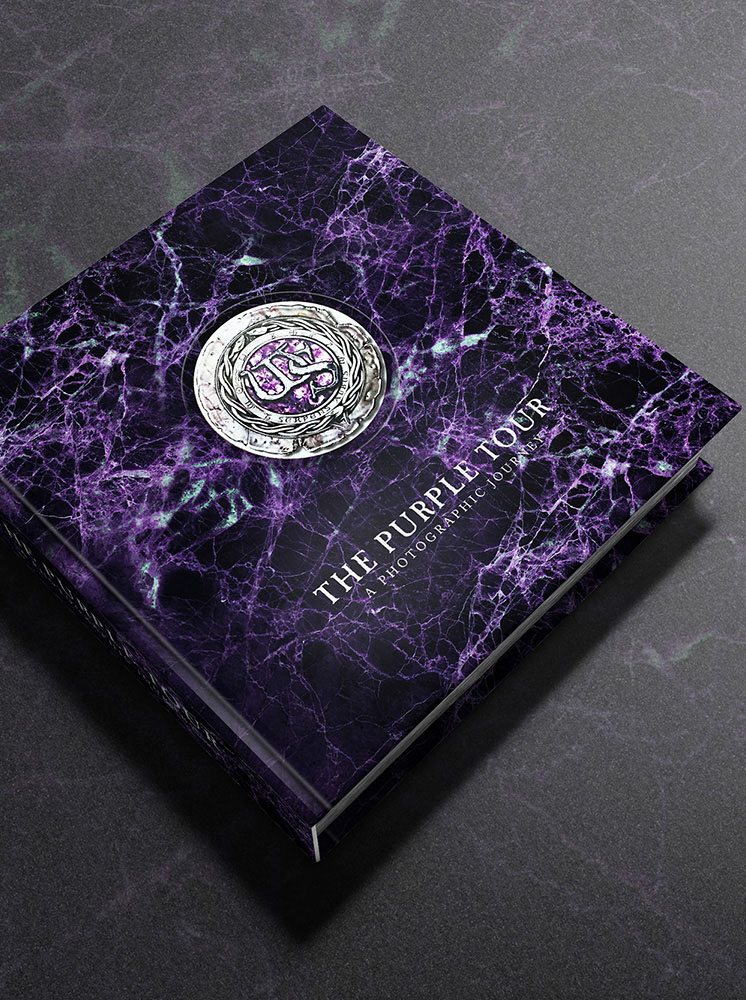 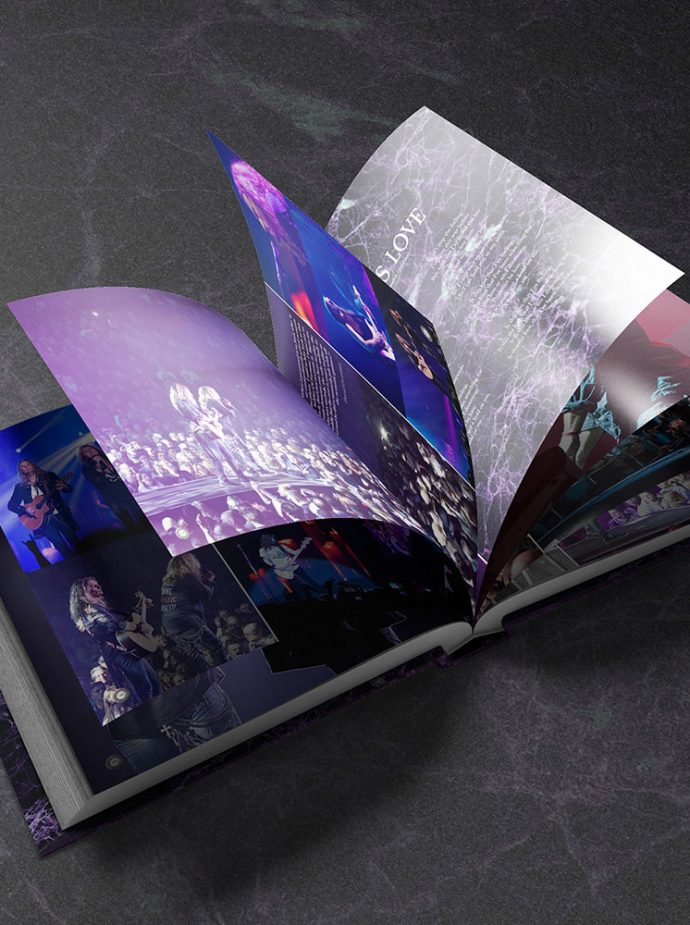